Barolo wine is one of the most famous types of wine produced in Italy, often deserving the name "the king of wines" as it is often described. The name of the wine, Barolo, comes for the name of the region in which it is produced. It is one of several regions within the general northern Italian region of Piedmont, or Piemonte in Italian.

Barolo is made 100% from the Nebbiolo grape that is widely planted in northern Italy. There are other regions in Piedmont and other areas of the north that make wines in a similar style to Barolo, most famously Barbaresco, but in order to be called Barolo all the grapes have to come from the Barolo region in Piedmont. Likewise, producers within the region of Barolo can make other wines as well from different grapes, such as Barbera or Dolcetto, However, these wines are named for the grapes they come from, only 100% Nebbiolo from the Barolo region can be labelled as a Barolo wine.

How are Barolo Produced?

As mentioned above, Barolo is made from 100% Nebbiolo, the native grape of Piedmont. This red grape tends to produce light to medium colored red wines which tend to be lighter in color and more transparent that darker varieties such as Cabernet Sauvignon or Syrah. In this respect they are similar to the red wines of Burgundy that are made from 100% Pinot Noir. In fact, they share many characteristics with Pinot Noir, although Nebbiolo tends to be much more tannic.

General production style for Barolo is not that different from most dry red wines. After a pretty long growing season (Piedmont tends to be a bit cool with frequent fog cooling down the vineyards), ripe nebbiolo is picked and fermented. As with most rich red wines, after fermentation they are aged in barrel prior to bottling. Barrel aging varies by producer. While some traditionalists age the wines in larger casks, some more "modern" producers use smaller barrique barrels like those used in Bordeaux and Burgundy. Following bottling, most of the best Barolo deserve extended bottle aging in a cool cellar to really let all the qualities of the wine meld together and for the aromatic complexity to really blossom.

Although styles will obviously vary depending on the producer, the vintage and even the microclimate of each particular vineyard within Barolo, in general Barolo makes a powerful red wine that is capable of extended bottle aging. While it does not have the heavy richness that a Syrah or Cabernet-based wine might have, it is still a full-flavored wine with considerable intensity. However, that intensity typically doesn't come from dense, ripe fruit flavors but more from its earthy acidity and tannins that bolster its aromatic fruit.

In their youth, Barolo wines tend to be fairly tannic and often deserve several years of aging to help things integrate together. They are known to exhibit pretty aromas of tar and roses. However, with age the best Barolo can really blossom and show much more. First of all, as the tannins fade a bit and come in balance with the rest of the wine, they become a more silky or velvety wine in mouthfeel, often being quite luxurious and caressing. Even more exciting, the aromas of a well aged Barolo seem to really explode from the glass. While they can maintain some of their young aromas of tar and roses, many other flavors emerge that give complexity and aromatic depth, including flowers, umami mushroom and/or truffle meatiness, dried meats, red fruits and more.

How does Barolo compare to its neighbor Barbaresco?

Again, it is impossible to generalize since wines vary by producer and vineyard and such. However, in general Barolo and Barbaresco share a lot in common but do have some differences. They are both capable of producing profoundly great wines made from 100% Nebbiolo. However, while Barolo may be "the king of wines", Barbaresco could be said to be more of "the queen of wines" because they are often described as being a bit more "feminine" than Barolo. While Barolo tend to be a bit bigger, meatier and "masculine", Barbaresco often has an alluring feminine side, being a bit lighter in body but also more silky, subtle and fine.

There are many wine producers in the Piedmont area that make outstanding Barolo wines, whether their actual production facility is within Barolo itself or in a neighboring area. Some of the names that make the very top wines include those like Giacosa, Giacomo Conterno, Giuseppe Rinaldi, Bartolo Mascarello, Giuseppe Mascarello, Gaja and more. However, there are many other producers worth your attention and exploration. However, it should be noted that like other famous wine regions, the Barolo name does not always automatically mean high quality. Some wines may be relatively expensive because of the name, but are produced poorly. So either stick to the most respected producers if you can afford it or ask your local wine shop about affordable Barolo that they enjoy. Unfortunately, there is no such thing as cheap Barolo, but the best producers' wines do deserve a splurge for a special treat now and again. But remember, many of these wines require long aging to really hit their peak. Barbera wines, in many cases produced by the same producers that make great Barolo, are generally a more affordable alternative. While they rarely reach the greatness of the best Barolo, they can be beautiful wines in their own right and have been called the poor man's Barolo. 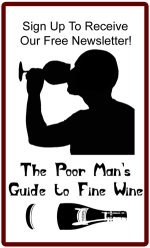